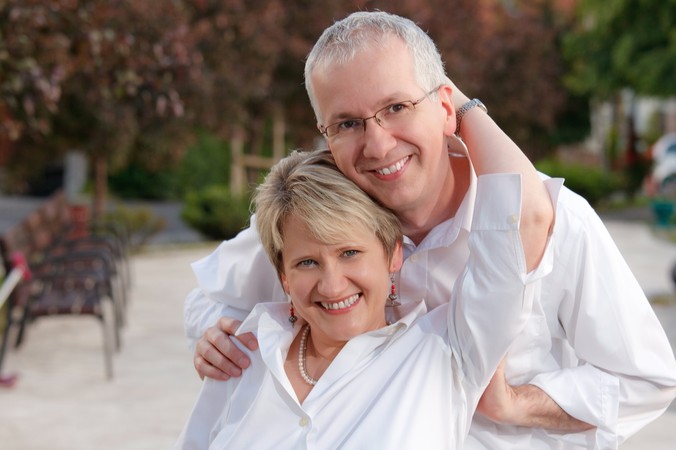 As a 12 year old, I stood up in the hospital bed to look out the window. At that very moment I saw him, the one I had been running from. As he came closer to the hospital, I ran to nearest doctor to hide me. The week before, I had escaped from him. Besides the fact that I was terribly sick, my mom was hiding me in the hospital to protect me from someone who should have been my protector, my father.

This happened in 1979 four years after my parents had divorced. It had been a year since my mother started a lawsuit against him to get custody of me.

My father’s abusiveness forced my mother to divorce and leave with my sister. Since the judge decided that I had to stay with my dad, the next four years were full with physical and emotional abuse. When my father couldn’t find something he’d scream at me, “I’m sure you stole it. If you don’t admit it, I’ll call the police”. Out of total fear I admitted something I didn’t do. A few minutes later when he found the item, he hit me because I admitted something I didn’t do. When my leg was broken he forced me to walk on it and constantly told me that I’m a liar and I was just acting out my pain. His beatings left deep physical scars on my body but his words left much deeper scars on my soul.

I became very sick. The doctors projected a short life expectancy for me. My only chance to survive at all was to live with my mother. With a very small chance of winning, my mother initiated a lawsuit. Experts, friends and relatives came to court to testify. Finally they decided that I, myself, should stand and testify. When the judge asked me where I wanted to live, with tears I said: “with my mom”. I couldn’t handle the pain any more. My father explained to the judge that the reason he couldn’t meet with me was that “the child is not ready to ask forgiveness.” The final decision of the jury dispossessed him from the right to even see me.

But, my loneliness was even greater then my fear from my father. When I went to bed at night, I would ask my self, “Why don’t I just die?” One day a relative of mine shared with me that we cause pain to each other because we don’t know God who created us and loved us so much that He gave Jesus Christ so that we could reestablish a personal relationship with him. I had desired to have a father who loves me and accepts me. With doubts in my heart I made a decision and asked God to become my heavenly father.

Freedom is when we receive and give forgiveness. I became free at the moment when I accepted that Jesus forgave me and then I was able to forgive the person who had caused the greatest pain to me, my father.

Read more details of how God created life out the ashes of my story here: http://www.greszforcity.com/life-from-ashes/