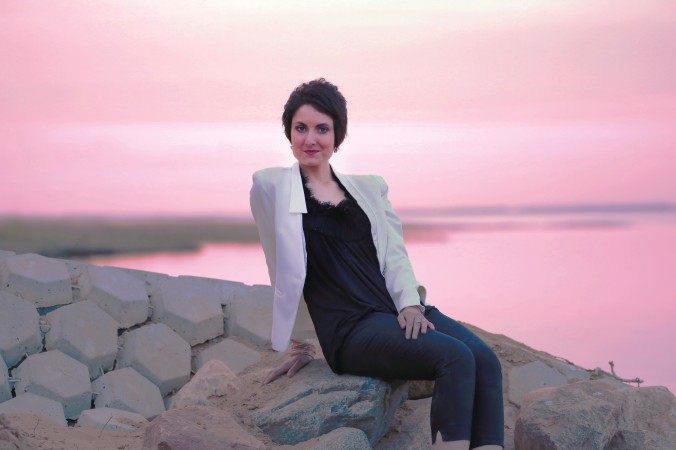 Healing From The Inside, Out

I had been an epileptic patient since the age of 12, and for years, I had struggled with seizures and numerous side effects from medication.  On a daily basis, I was utterly tired, often drowsy, and had difficulty concentrating. When studying or writing an essay, I struggled to communicate in a clear, concise manner, and these thinking tasks took me very long to complete. I was also unable to drive because of my seizures, and thus was very dependent on others.

In 2012, at the age of 20, my faith was treated much like the relationship with my parents. Instead of treating Christ with love and as an important relationship, I treated Him like a genie. I asked him to grant my wishes, and dissipate any challenges. In reality, Christ simply wanted a relationship with me.

Afraid and not yet placing my full trust in God, when my neurologist first asked me whether I wanted to have surgery, I didn’t want to. I was familiar with the life of epileptic seizures and I wanted to stay in my comfort zone, despite the suffering.

However, after being challenged with epilepsy for many years, and realizing that these seizures were intractable, meaning no medication would diminish these seizures, but rather that they would intensify with age, I had nowhere else to turn. I had been held back for years from reaching my true potential, and there was an interior feeling that I was something more than just a 20-year-old female with epilepsy.

God was letting me know that I shouldn’t define myself as an epileptic but as a daughter of God.

For a second time, my neurologist asked what my decision was, and I said ‘yes’ to brain surgery. This ‘yes’ meant surrendering everything to God and simply trusting in His will for my life. Having surgery meant sacrificing two years. This ‘yes’ included the physical pain of healing from surgery, relearning speech and language, memory, and balance, and developing patience.

Christ took me by the hand and helped me through it all. Every day, I turned to the Lord in order to heal and move forward with my life. Christ was in the center of it all, and he provided a sense of calmness and strength to take this new cross, and persevere in carrying it. Over this time, I built the daily discipline of having Christ at the center. This completely transformed my heart, mind, soul, and understanding of my purpose in life. Christ drew me closer to Him day after day, even amidst the suffering.  Now, 9 years later, I am seizure-free.

In addition to the blessing of healing, my time in the hospital and my renewed love of Christ set the stage for me to extend myself in two significant ways:  as a public advocate for people challenged with epilepsy, and embarking upon a career in social work. In 2014 & 2015, my neurologist asked me to speak across 5 television channels and advocate for shorter surgery waiting times for other epileptic patients. Never before did I think that I would be able to bring a voice to others who experienced what I had. In December 2015, I completed my Bachelor of Social Work degree, the first step for me in pursuing my passion as a medical social worker to help other patients as they go through traumatic surgery. In 2017, I was the MC for the largest Purple Day event to fundraise and raise awareness for epilepsy and in 2018 I spoke at the Saskatchewan Neuro Nurses Conference. An honor that was.

Now currently, I am a medical social worker living my passion to serve patients while they are in the hospital.

Overall, what I have learned is that when you say ‘yes’ to God, doors will open . . .His doors. By dedicating my life to the Lord daily, I have found more happiness, peace, love, direction and purpose that I could have never imagined.