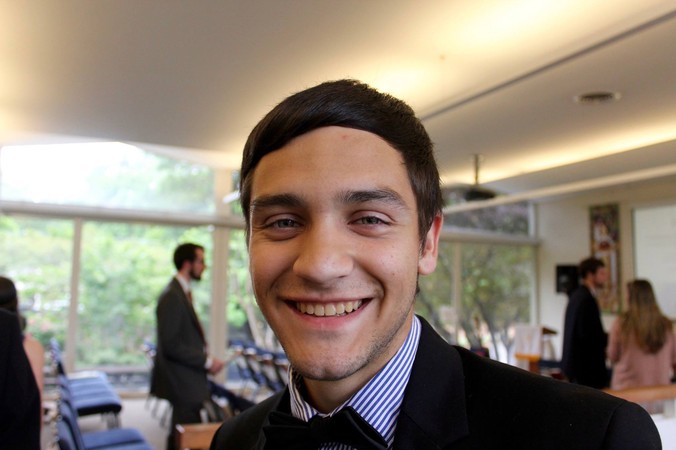 Finding Peace in the Storm

Throughout life, we all face trials and challenges. For me, I’ve been working through one of my big ones for almost as long as I can remember. When I was young, I developed a chronic pain in my legs. Fortunately, I grew up in a Christian family and was able to turn to God when the pain got tough. I was able to get used to the pain, and I never really thought any more of it.

During my first year in college, things became a bit worse. Walking around campus everyday strained my legs enough to show a bit more of what was really wrong, and after visiting our campus clinic, I found out that my legs weren’t able to handle the constant impacts from walking and running. I realized that I couldn’t even walk to class on my own, and was at a loss on what to do. I was able to avoid walking to class by taking a bus and biking to class, but it didn’t make sense to me that this was part of His plan.

It wasn’t until that summer, when I went on a mission trip with a small group of fellow Christian students, that I started to see a different side to my problem. One of my roommates was playing a song he liked, which was told from the perspective of a believer in a desert village. He prays for all of these things that would help the village. In the end, though, he says that they’re all nice things but the only thing he cares about is that they have food and water, and he knows that God will provide that. The more I listened to it, the more I realized that my mind was in the wrong place. I had lost the ability to walk to class on a regular basis, but I had been provided with everything I needed to get around that, and so much more.

However, despite the fact that I was comfortable with where I had been, I was given another chance. Towards the beginning of my third year in college, my pain began to feel a little better, and I started walking more. Since then, I have been recovering, and the whole way, God’s love has been shown to me abundantly.