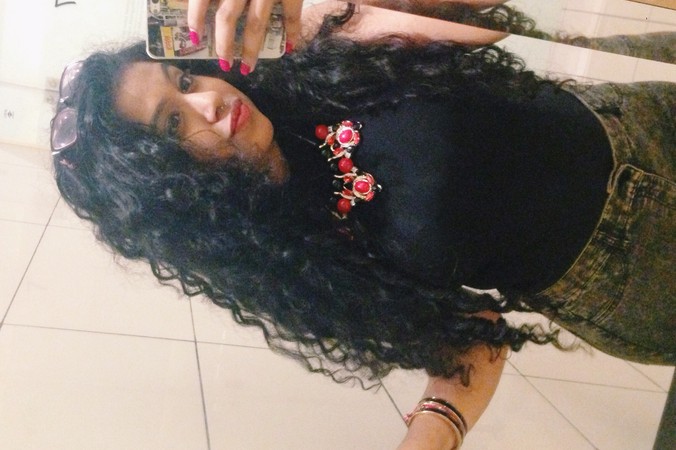 Leaving It All Behind

I was born into a catholic family, and growing up I never really questioned more about God or his role in my life. Reflecting back, I realized that God works in many ways and it may not always be in the most obvious manner, but he does it in his time and in his way.

At the age of 13, I had moved to Australia with my family and we created a life there. I had a different lifestyle altogether and spent my most pivotal high school years there. I made plenty of friends that I really loved and did subjects and activities that I had enjoyed. I was a good student, and I tried to do the best in everything that I could. All in all, I was content with my social life, my high school life and the life I lived there.

Growing up, I had always been the type of person who liked to plan things. I’m a planner, it makes me secure and grounded. I was never one for surprises or for change as it threw me out of my comfort zone, Hence, when I was in Australia, I had planned out how I wanted to end high school and what I wanted to do after high school. However, this was ALL PUT TO THE TESTwhen I was 17.

At the age of 17, my parents decided to move back to Malaysia. It was not something that I wanted nor was It something that I had planned. Moving back meant that I would have to leave my comfort zone and had to forget about the plans I had envisioned in my head about how I had wanted my life to be. I didn’t want to leave my last two years of high school, as I had great plans ahead of me, but I couldn’t change the decision that was made, I COULDN’T BE IN CONTROL.

Coming back to Malaysia, things again didn’t work out the way it was planned. I was put in a different school than I originally was supposed to be in, I was pushed a year back in school, I did subjects I didn’t like and it goes on. It was a different culture to what I was used to and I didn’t fit in, the way I thought I would have.

As I COULDN’T ACCEPT THESE CHANGES, I decided to enter high school filled with negative vibes. I was full of hatred, sadness and frustration and it made me become a different person to whom I was before. I picked fights with the teachers, my grades dropped and I didn’t want to let anyone in.

I  WAS LIVING IN THE PAST, and didn’t want to let go of it. I was UPSET AT GOD for not letting me live the life I wanted to live and not letting my life go the way I planned it to be. It was a miserable year AND I COULDN’T SEE THE LIGHT AT THE END OF THE TUNNEL

After a year filled with uncontrollable negative emotions, I decided to pray about it. One day I woke up and I heard a voice in my head telling me to move on, and to put the past behind me. I felt an overwhelming sense of realization that I had held on to my past for far too long now that it was beginning to wear me down.

That little voice in my head was telling me to let go of all the unhealthy emotions I had and have fed into for the past year.  At first I didn’t want to listen to that little voice and wanted to brush it off but something in me decided to listen for once and when I did, I found myself finally letting go of these emotions and letting go of my past and to not think of what could have happened or what should have happened but to actually just let things happen the way God wants it to.

Before I knew it, I left that school with good grades, with the best friends that mean the world to me and just good memoriesthat at one point, I never thought I would have created.

Thinking back, I realized that god was in the center of it all. God was in my life even when I didn’t want him to be and didn’t let him in. Through what seemed to be a tough time in my life, He didn’t leave my side. He may have been silent, and he may have had taken his time , but he’s the reason that I’m able to be back here in my fourth year being okay with how things are happening and being able to surrender my life into his handsinstead of always wanting to be in control of my own life.  I don’t know why things didn’t work out the way I wanted it to, but I know that HE HAS A REASON for it all and that he has great plans for me which will happen in his time and in his way.

For me now, I believe that everything happens for a reason, and that reason is god’s way of showing me HE EXIST IN MY LIFE. Many of you may relate with how things don’t necessarily go as planned, or how life isn’t the way you want it to be, but I can assure you, that GOD HAS A PLAN FOR YOUand when the time’s right, you’ll find out what that plan is.

So chin up, heads up, and keep pressing forward!