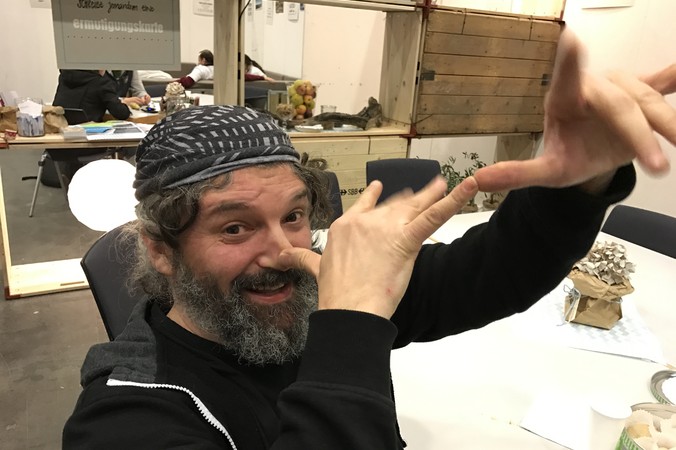 A simple guy I was just a simple guy, one of those you see everyday in the street … Nothing really special… I’ve done stupid things, nothing terrible though, and not more often thananyone else, a pretty normal guy in the end… (I haven’t led a gang or killedanybody, sorry!) My parents held a small drinks shop (coke, beer, wine…) and I sometimes worked there after school. I probably could have taken it over and had a settled life, as ordinary as it gets… But I was lacking something deeper, something that I could feel in my guts; something that would taste true …

One day, at school, I was involved in an old paper collection. I went into this particular house that had some kind of Greek columns in the entrance. What I wasn’t aware of was that the family that lived there, (and that I didn’t even know) had been praying for me regularly.

When I walked into that house, I couldn’t believe it: someone was crazy enough to be throwing away a whacking great pile of comics!

Those comics were called “Tournesol” (Sunflower).

I started to read them and something hit me pretty fast:

– They’re talking about God! God …? I knew it was something people talked about in those houses with a steeple on top and that are always closed, some thing for religious people or for a sect, but I couldn’t understand why on earth someone would be talking about God in a comic book (!?!) Then I felt a soft voice, tinged with peace, in my thoughts, telling me, – Read on, it’s for your own good.

Day after day I literally devoured those comics that spoke of the Gospel and of Jesus Christ’s tremendous and incredible love for me.

God himself was there in my room (he’s everywhere, actually) … and I told him: – I give you my life … I know it’s not much … but I’m giving it to you. Ever since that day, my life has never been the same … New dimensions, a parallel world … I bought myself a small Bible and started discovering God as a friend. I would spend hours seeking him … And discovering new dimensions and experiencing incredible stuff! So that’s how in 1989, my existence took a turn for the better, I discovered a deeper sense of life; I was 15. That was the beginning of a life of adventure, (I’m not exaggerating!) that I can’t even start to describe now. Maybe next time … Alain gets started with comics …

On day, as I was attending a youth meeting, the speaker called out: – We all have talents – …. who wants to serve God with theirs? If you do, stand up!

I was at the back of the room, thinking.

I honestly didn’t believe I had any particular talent, except maybe a collection of bad marks at school … I had no training and no job…

That night, I was one of the only ones that stood up and I told God:

At the end of the meeting, the speaker (he had spotted me earlier) asked me:

I didn’t want to spoil his evening.

I wanted to share with everyone what I had discovered, what had filled my life. I wanted to spread happiness and hope in other people’s lives. So I started drawing like a madman, every evening, sometimes even all night long. I got into Arts School (that was really hard for me, I wasn’t really gifted). And I graduated 5 years and a half later with a graphic designer degree.

Straight down from heaven!

My wife and I then decided it was time I dedicated myself to fulltime drawing.

At first, I started with working for several newspapers… But the more I drew, the lower the bank account went. Nevertheless, we knew we owed something to people. What I was doing was important and would meet a true need, because nothing similar to this had ever existed… We both agreed not to talk about our financial issues with our friends and family, but only with God.

Alone before an empty fridge

One morning, I opened the fridge and found it nearly empty, and I suddenly became afraid: – Am I nuts? … Can God really intervene and feed us? I spent the whole day worrying. Fortunately, that evening, I ran into this verse in the Bible:

So I asked God to forgive me for worrying, and I thanked him for the food that would be provided for the following day. And I fell asleep peacefully.

The next morning, an old man was at the door, his arms filled with supplies. For the seven years that followed, God literally fed us! I could give you so many more examples but … let’s carry on with our story.

I was two months away from finishing my first comic book and suddenly, I just wanted to give it all up. True, we’d never lacked food, but with my worn-out shoes, my torn trousers and my army coat, (it did keep me nice and warm!) I probably looked like a tramp. I felt the weight on my shoulders of “what others must think”. People around us were going on holidays, owned one or even two cars, had a TV, bought whatever they wanted….whereas, I went back to the shop to return empty bottles hoping to collect a few coins. And as if that wasn’t enough, Eliane and I were going through a rough time in our marriage. Even though I kept on going to church on a regular basis, I just didn’t feel like praying anymore.

One day as I was wandering in the forest, “mister the devil” who felt “concerned” by my situation started to make me think: – Let go of all that, leave your wife, your drawings, your God. You’re a lousy Christian anyway. (As if letting go of God was going to solve anything!) I could have let it all go indeed, but not Jesus. Through the years, our friendship had become what I treasure the most. So I said to myself: – #*@ !! That’s enough! This has GOT to change in my head! I will pray till I find my inner peace again.

God came the very moment I made that resolution. I felt his peace in me once again.

At the same period, three or four people I barely knew came to see me and told me they felt called with a mission to pray for five people in the country, and that I was one of them (???!!!) It sounded like a joke…

Around the same time, the phone rang, and somebody I didn’t know started to tell me this strange story: – Sir, you don’t know me, but I’ve had a vision of you speaking to thousands of young people … What can I do for you? I couldn’t believe what I was hearing and stammered: –Well, ummm, I don’t know … What’s your job? – I manage an American firm. – Hah! Well if that’s the case … Could you lend me US $ 16 500 so I can print my new book? – I’ll get back to you in a few days …

He called back a few days later, and said ok.

I received three times the first prize at the International Christian Comic Book Festival, in Angoulême, France. (The biggest festival of its kind in Europe).

Today, more than 100 000 books have been sold in Europe. Some books have been published in China, in the USA and in several other countries that I could never have even dreamt of… However, I know very well that there are artists much more talented than me.

I regularly receive numerous messages from people who were deeply moved and born again testimonies – and that touches me strongly.

Finally, in 2013, MOONDOG ANIMATION studios released five teasers of a TV series adaptation of my comic “Willy Grunch”, in view for it to be sold to major TV networks with a potential to reach millions of people. All this happened to a guy without talent who stood up for Jesus. I’m just a simple guy, nothing special, but my Friend is great … 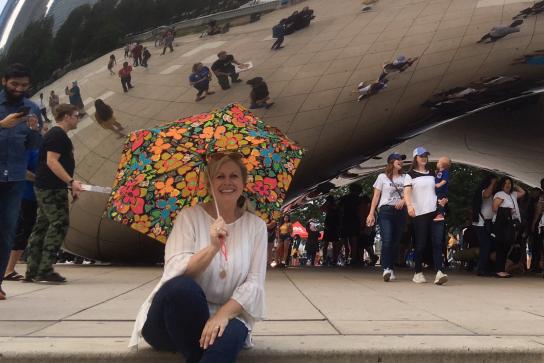